For those who have known me for years see me as a Nepalese but that is just my nationality and Nepal being my home country. Most of us have a community and your religious beliefs revolve around it. I am a Newar, community residing in almost all over Nepal and abroad. So give you a fair idea of my community, I am going to stick to this theme for ”MyFriendAlexa”

The Newars are regarded as the original inhabitants of the Kathmandu Valley, but their origins are shrouded in mystery. They speak a Tibeto-Burmese language (Nepal Bhasa commonly mispronounced as Newari), which indicates they originated in the east, but their physical features range from distinctively Mongoloid, again suggesting to the east, to Indo-Aryan, which of course points to India. In balance, it seems most like that the Kathmandu valley has long been a cultural and racial melting pot, with people coming from both east and west. This fusion has resulted in the unique Newar culture that is responsible for the valley’s superb art and architecture.

The Newars outside Kathmandu Valley, especially the new generation (which sadly includes me as well), have lost their ancestors’ language because the trend of speaking Nepali at their home became more common. In most of the cases, Newars can be recognized only by their family/ caste names.

The Newar golden age peaked way back in the 17th century when the valley consisted of small city-states, and Nepal was a vitally important trading link between Tibet and the north Indian plains. It was during the Malla reign, particularly in the 1600’s and 1700’s, that many of the valley’s finest temples and palaces were built.

Religiously, Newars can be classified as both Hindu and Buddhist. Different castes worship different deities at different occasions, and more or less intensively. Further down in the caste hierarchy no distinction is made between Buddhists and Hindus.

We are very rich in traditional, classical and folk music as in dances. Various music and dance events take place in different parts of Newar societies on the occasion of different festivals. Different musical instruments are in practice in the festival, feasts, and ceremonies.  We are also known for an immense variety of cuisines which are prepared on many occasions. Being a Newari, I find the feasts that we very exquisite and fascinating hence I shall cover the cuisines in the coming posts.

Sadly, Kathmandu Valley is no longer the homeland of only the Newars. People migrated from all over Nepal and India and have made them a minority in their traditional homeland. The growing intrusions of foreign cultures and languages into Newar society might, in the long run, eliminate both their language and culture.

54 thoughts on “Newar – The Indigenous Population of the Kathmandu Valley” 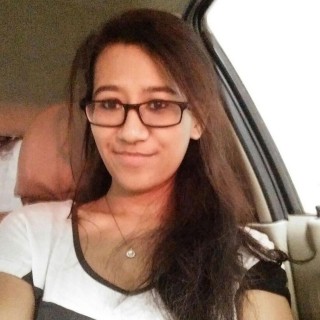 Asmita is a blogger and a social media enthusiast who works as a Corporate Communications Officer in a reputed media house. She is passionate about things like good coffee, reading and believes that we are in the world to do good and to grow as much as we can. Her blog is about her misadventures and travels in the city with some musings about life thrown in for good measure. Get in touch at asmita41@gmail.com